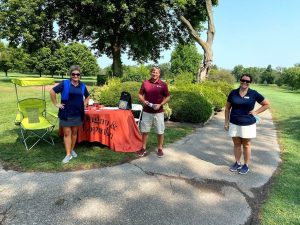 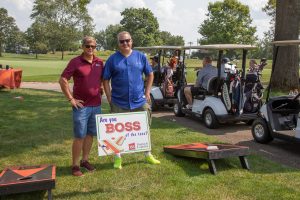 Dugan & Lopatka was a proud supporter of three recent late summer golf outings held to support our local businesses and communities.  They included outings on behalf of the Valley Industrial Association (VIA),  The DuPage County Bar Association (DCBA) and the Naperville Area Chamber of Commerce (NACC).

The VIA is exclusively for manufacturers, distributors and industrial companies and those businesses in Northern Illinois, which serve them in the Fox Valley area. Founded in 1879, the DCBA is a professional society for attorneys who practice and/or live in DuPage County, Illinois. And, the NACC works to further the interests and opportunities for local businesses. 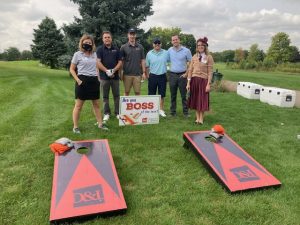 Golfers took a break between holes to toss some cornhole bags for a chance at a sleeve of golf balls.

Hugh Elliott, Leo Misdom discuss how businesses and nonprofits are coping financially with COVID-19 on NCTV-17