Which taxpayers have the highest chances of an audit? 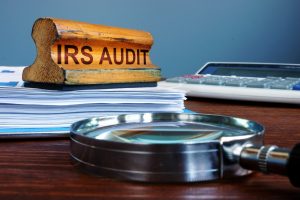 Taxes are one of life’s certainties, but getting audited by the IRS is increasingly less certain these days. In fact, an audit is about half as likely as it was five years ago.  Even so, some groups face higher audit rates than others.

The tax agency is auditing fewer individual taxpayers not because we’re more honest, but because the IRS is working with fewer employees. The agency’s workforce has dropped from 94,000 workers in 2010 to roughly 78,000 in the most recent fiscal year, according to IRS data.

With fewer agents available to perform audits, the agency’s audit rate has been whittled to 0.45% of individual returns in fiscal 2019, the IRS said recently. That compares with an audit rate of 0.9% in the fiscal 2014.

Two types of taxpayers are more likely to draw the attention of the IRS: the rich and the poor, according to IRS data of audits by income range.

Poor taxpayers, or those earning less than $25,000 annually, have an audit rate of 0.69% — more than 50% higher than the overall audit rate. It also means low-income taxpayers are more likely to get audited than any other group, except Americans with incomes of more than $500,000.

To read the complete USA Today post from January 31, 2020, click HERE.  Or, to discuss your audit concerns with a Dugan & Lopatka professional, please contact us at (630) 665-4440 or info@duganlopatka.com.

Oops. I wish I knew that.